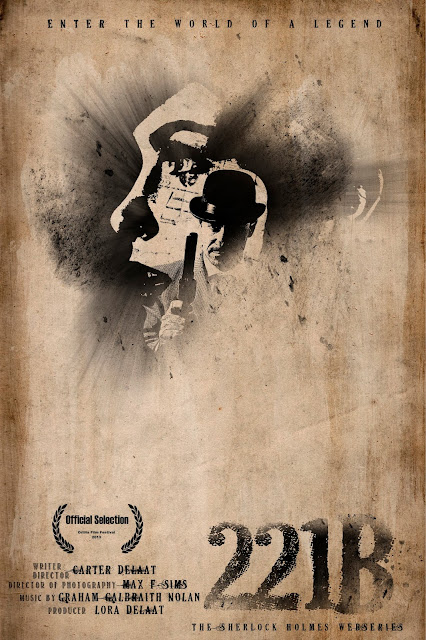 New "Noir" Poster (which made it into the official selection for the 2013 Orillia Film Festival!) and trailer. 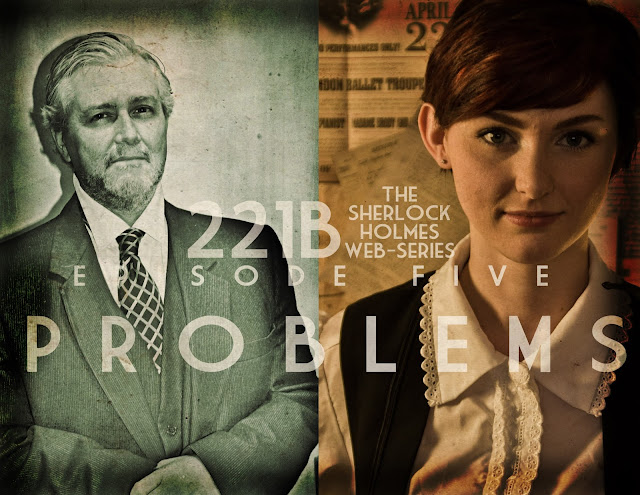 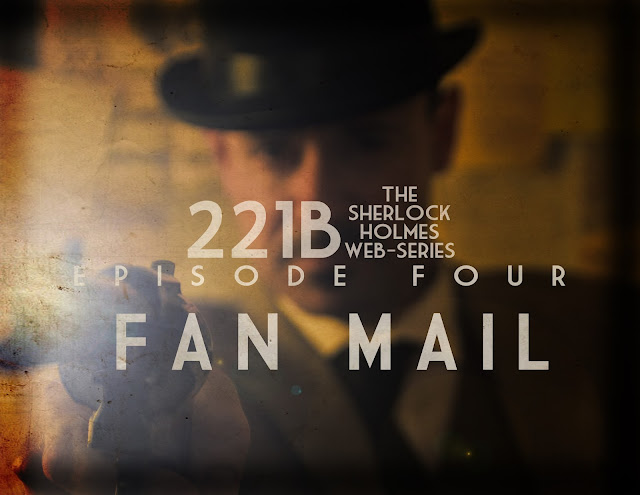 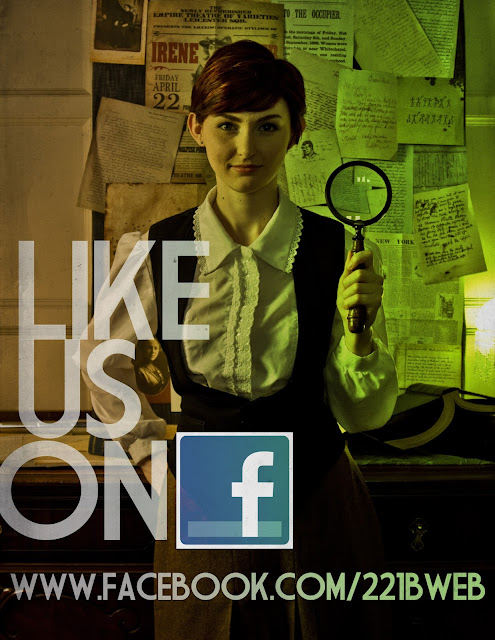 This week we were mentioned in an article written by Kristina Manente of the Baker Street Babes highlighting Sherlock Holmes inspired web shorts.  See the tid bit here. Link to the full story below.


Focusing on the companionship of pop-culture’s most famous investigating duo: Sherlock Holmes and Dr. John Watson. The series puts an emphasis on the home-life of the classic “odd couple”. Showing the dangerous life style Watson gets himself into living with Holmes after recently returning from Afghanistan.  The period piece revolves around the mental trials Holmes puts Watson through in their Victorian London flat, keeping the doctor constantly on his toes. The series features guest characters including the faithful landlady Mrs. Hudson and the nefarious villain, Professor James Moriarty. 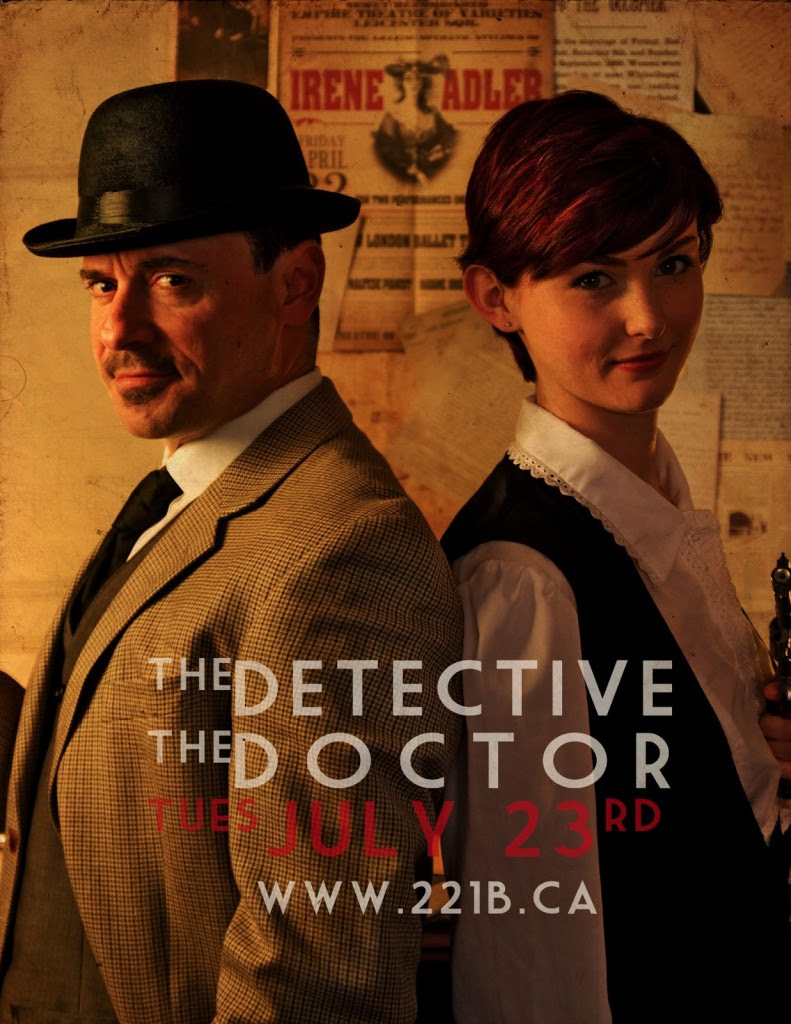 221B is a new Canadian web series that’s currently just over halfway finished featuring a young female Sherlock Holmes and her older male Watson. Developed by filmmaker Carter deLaat (House of Wolves, Mad Dog), it stars Jaspar Mitchell as Sherlock Holmes, J.P. Beaudoin as Doctor John Watson, Charlotte Empringham as Mrs. Hudson, and Eddie Greer as Professor James Moriarty. When it’s complete, 221B will only be five episodes long, so while it’s not a long-running series, it’s still very much so, a worthwhile web adaptation.
Each episode is between five and ten minutes long, so they’re much shorter than No Place Like Holmes, but still pack lots of character, some laughs, and some darkness as Episode 3′s title, Seven Percent, indicates. It’s nice to see a female Sherlock Holmes, plus I like her hair.
The final two episodes are to be released on August 13th and 20th, but in the meantime, you can catch up with the series and learn more about those behind it at 221bwebseries.blogspot.com. 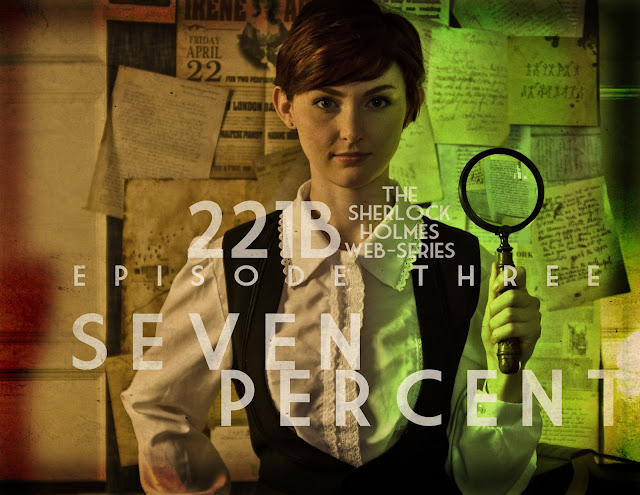 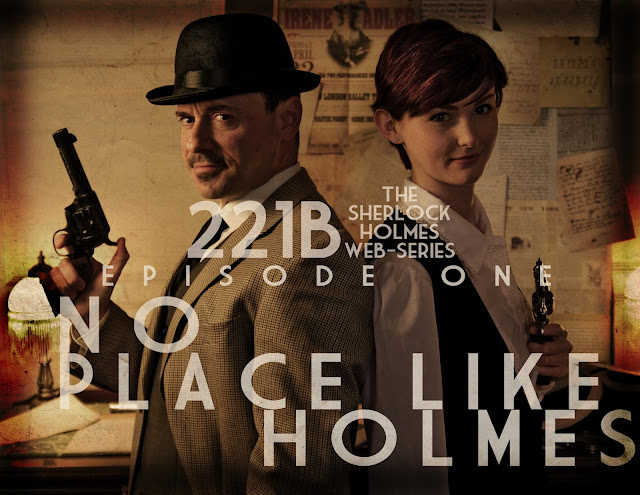 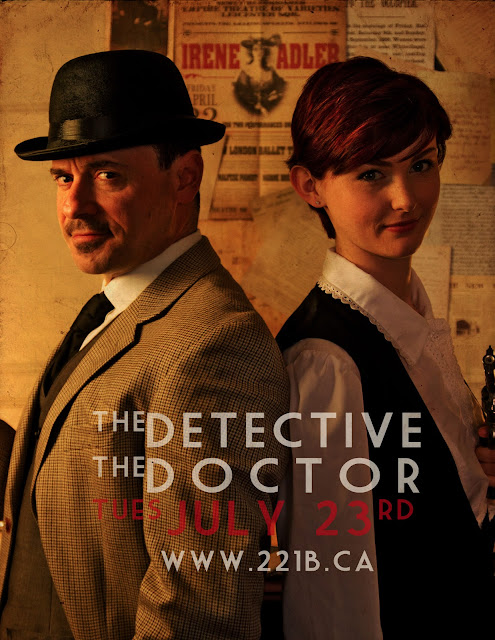 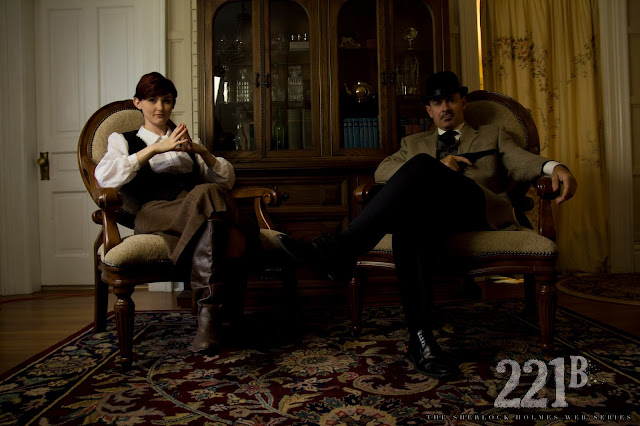 Some "tease" shots of the first day of set construction of the 221B Baker Street set. Not done yet, but it's off to a good start. Click to englarge.
Posted by 221B at 19:09 3 comments:

Carter deLaat.jpg. Carter deLaat is filming a five-part series of webisodes based on Sherlock Holmes. Auditions are being held in the coming weeks for three roles.
(BROCK TOWNSHIP) A local film student is looking for a new take on Sherlock Holmes.
After wrapping up his second year of studies at Humber College, Carter deLaat of Beaverton is filming a series of five 'webisodes' over the summer featuring the legendary detective.
While Sir Arthur Conan Doyle's creation has appeared on screen more than 250 times -- worthy of a Guiness World Record as the most portrayed literary human character in film and television -- Mr. deLaat is hoping to bring something new to the table.
"It's a comedic look at the domestic side of Holmes and his sidekick, Dr. John Watson," he said.
He's holding auditions for the roles of Holmes, Watson and landlady, Mrs. Hudson, May 1 and May 8 at the Beaverton Town Hall from 7 to 9 p.m.
Filming is slated for June with the premiere scheduled for July, when it will be uploaded to the Beaverton Town Hall Players website. 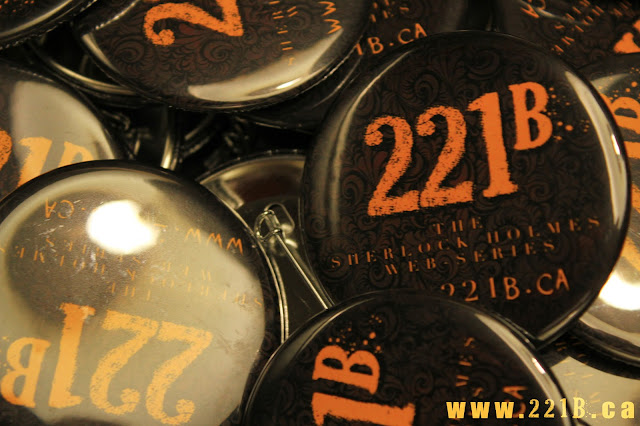 Because who doesn't like buttons with their series name on it? Stay tuned, more updates to the site soon.
Posted by 221B at 10:53 1 comment: 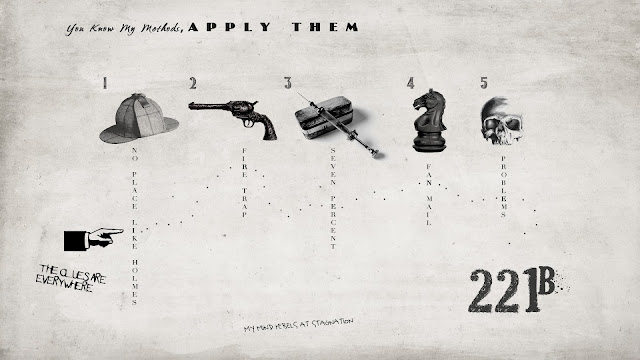